by Jeff Kirby, August 23, 2012 (photo by Max Surikov): The beginning of school has always felt more like a New Year’s Day than anything surrounding Jan

I won’t bother with personal resolutions, because they don’t last more than a week anyway. On Monday, I’m committed to running three miles a day and watching what I eat. Then by Thursday night I’m sitting in Campioni’s ordering a pizza. Loser.

But I do like to make predictions. And I’m pretty good at them, if I do say so myself.

Remember President Reagan’s landslide re-election in 1984? Yeah, I saw it coming. And Maverick Morgan’s growth to his current height of 6’10”? I predicted that, too, right around the time he hit 6’9”. I’m a genius at predictions, I tell know. Hold your applause.

Here’s what I predict for the coming Springboro school year.

For starters, I think this year’s group of seniors will demonstrate that they’re one of the nicest, personable and most successful classes in the school’s history. I’m biased, because my daughter Chloe and nephew Chase will be among the graduates next spring, but I’ve been impressed with them and their classmates since they started kindergarten a week-and-a-half ago. Or has it really been 12 years? In any event, they’re all a good bunch of kids (including the goofballs in the photo L-R Austin Woodby, Josh Wyatt, Joey Rone, Chase Kirby, Cole Stevens and Jordan Little).

Sometime during the coming soccer season, Haley Gribler will show that she’s in a class all by herself. During football season, Jake Johnson will make a move so quick and so outstanding that an opponent will need to run to the bathroom afterward. In golf, Matt Kern will hit a shot so good that even his coach will shake his head, wondering how he pulled it off.

Uh-huh, yeah. This is what’s going to happen.

In addition to all that, at some point, amid any one of the numerous organizations in town, a leader will get full respect and loyalty because of excellent communication skills. They will fully write out and explain the proper way of doing things, with ample opportunity given to consider any alternatives, and as a result that organization will thrive. Its members will feel empowered.

In that light, some hard-working volunteers who do so much will feel respected and valued this school year. And coaches who devote so much time and energy will be free to concentrate on future development of their players. Springboro can become a place of dignified efficiency.

I can see it now. Call me Kreskin. And yet there’s still more.

A party will be thrown and some parents will make sure there’s no alcohol anywhere in sight, because it’s not worth going to jail. If the parents are out for the evening, a young person in the crowd will leave the scene and go home early, sober, realizing the scene isn’t worth getting kicked off the team. A major project will be due on a Monday and a student will spend the whole weekend away from the parties anyway, conscientious that a responsibility will be met.

All of this can happen. It has happened in the past. In the words of Donny Osmond so many years ago, a few bad apples don’t spoil the whole bunch, girl.

Football Friday nights will be some of the most memorable of the entire year. The boys basketball team, with its three returning starting seniors and its proven head coach (Troy Holtrey, Troy Holtrey, Troy Holtrey -- why is anyone else being considered?), will pack the house in a big conference showdown, and come out with a win. The baseball team will once again lock horns with Lebanon, this time prevailing.

Dr. Ron Malone will retire as principal, secure in the knowledge he’s made a positive difference on so many students. A teacher will have a conversation with a long-forgotten student, surprised that she had had so much influence on what at the time seemed like a wayward student. Real satisfaction will set in. Deservingly.

I’m looking forward to this school year. I’m hoping all of this optimism is warranted, and I’m hoping this can be a positive transition for Springboro.

It’s a bold prediction, it’s true. But I’ve been known to make some real zingers.

Like how it’ll snow sometime in January. Like how Sean Welsh will man-handle his defensive opponents. And how tears will be shed when graduation exercises are held next spring.

You heard it all here first. Surely you are stunned. I can see it all over your face. Now, because I’m on such a roll, I’m off to go buy a lottery ticket. 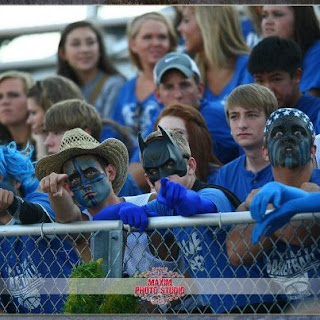 The Springboro Voice
Springboro, Ohio 45066
Operated by TheVoiceofMiamiValley.com
Serving CarlisleDaily.com, TheFranklinVoice.com, and TheSpringboroVoice.com The articles and posts on this site do not necessarily reflect the opinions or views of the management and owner of The Voice of Miami Valley. Letters and Guests are welcome to submit to The Voice and all other sites managed by The Voice of Miami Valley. All submissions must be published with signatures. No unsigned submissions will be published. Submissions should be emailed to owner@thevoiceofmiamivalley.com Thank you for your readership!
Posted by Dominic Gross at 7:21 PM