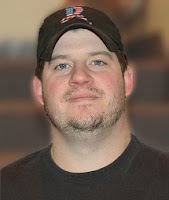 Contributed by Joe Marinich:
“He called a little child to him, and placed the child among them.  And he said: “Truly I tell you, unless you change and become like little children, you will never enter the kingdom of heaven.”
-Matthew 18:2-3
I have heard this verse spoken and talked about many times, and almost every time it has to do with faith.  I think this passage has an extremely deeper meaning.  It says that we adults need to change and be like a children in order to be able to embrace the Kingdom of God, it doesn't call out faith specifically.
About two years ago my daughter who was 5 at the time observed a group of people huddled around a man after church one day.  She asked my wife what was going on and my wife explained to her that the man; Kevin, needed new lungs and the other people were praying for him to get better.
We thought nothing about this because it was a normal interaction, yet from that day forward she prayed almost every night for “her friend Kevin.”  She didnt know Kevin exceptionaly well, yet she called him “my friend Kevin.” Each night before bed she remembered him, in Sunday School class she remembered him, and even in non prayer times she remembered him.
Well, Kevin had a rare lung disease called IPF and after almost 2 years of waiting while he was in route to Pittsburgh to wait is turn for his new lungs he died. It was simply tragic, a guy fights for his life for several years and now that progress was being made he died.  It didnt seem fair at the time, and it doesnt seem fair now, but it was reality.
Our church family was heartbroken but mostly my wife and I dreaded the conversation we were about to have with our now 7 year old.  How are we going to explain this?  I mean she prayed every night for the guy and he died anyway, why?  How were we going to answer her hard questions about prayer and why God doesn't answer prayer?  What were we going to tell her when she asks us why and how God would let this happen?  These are questions we wrestle with as adults, and I had to explain it to a 7 year old?
Now was our moment it was time to tell our child her friend Kevin had died.  We called her over and said “(Daughter) we have some bad news.”
Worried she replies, “What is it?”
I go on to say, “Its about your friend Kevin...” Interupting she asks, “Did he die?”
Confused we simply say yes, and now here it was she asks, “Why did he die?”
After tears on her part and painful sympathy on our part we explain to her that he ran out of time and didn't make it to the new hospital.  Then we told her that now we need to pray for his wife and kids.  Do you know what she said next? She said ok and that she would pray for his family to not be sad.
Wow!  As adults we confuse and complicate things.  We are the ones who ask the insecure questions about God while we self medicate and comfort by saying things like “He’s in a better place now,” or “He is good now, we are the ones still sick.”  What a cold hearted pile of crap.  Although those things are true, they are not helpful.
See, my daughter was upset, but she didn’t question God, or doubt prayer she simply accepted the circumstance and asked God to bring comfort to hurting people.  She shifted focus of prayer instead of making it hard, complicated, and asinine.