Plastic Surgery in the Library...

CHANGING YOUR APPEARANCE WITH SURGERY AT THE LIBRARY 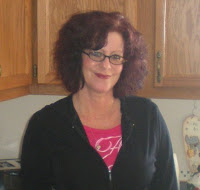 I’ve never been one to think I would want cosmetic surgery, but as I get older and things begin to feel the pull of gravity, surgery is looking a lot better! There are two things though that keep me from going under the knife. One is knowing what it’s like to go thru bone surgery. I thought I would breeze through my bunionectomy surgery. Unfortunately it has sidelined me more than I believed it would, forcing me to slow down from my typical 90 mph pace. I cannot for the life of me even begin to imagine having my skin cut, stretched, and sewn back together. Yikes!

The second thing that keeps me from tightening the skin on my face are the botched pictures I have seen of bad plastic surgeries. They scare me to death; eyebrows that are way too high, eyes that look like a cat gave birth to you, and noses that are pencil thin.

But that’s not to say all surgeries are bad or too painful. Many people, men and women, go thru plastic surgery every day and come out looking beautiful. I am just terrified of it for me.
The book, Straight talk about Cosmetic Surgery, by Arthur W. Perry, M.D. gives lots of good advice and displays interesting pictures for anyone considering plastic surgery. One thing I was surprised to learn is plastic surgery, or cosmetic surgery, has been around since Ancient Egypt! I assumed it was a relatively new thing, but there is historical evidence ancient Egyptians had surgeons who repaired facial injuries and deformities. For many years cosmetic surgery was seen only as reconstructive surgery, fixing broken noses and cleft lips. The mid-nineteenth century saw the first nose job (rhinoplasty). A few years later protruding ears were pinned back and breasts were reduced in size. At this time cosmetic surgery was very controversial. Many people saw it as being unnecessary and unethical. The beginning of the 20th century saw eyelids lifted, wrinkles filled in, and the first face lifts performed. World War One is credited with giving surgeons plenty of reconstructive surgical practice due to horrible war wounds. Out of these tragedies of war surgeons perfected their skills.
It wasn’t until the 1960s though that cosmetic surgery really caught on, and by 1980 everyone was doing it.

Today it is affordable for the average person and no longer only available to the wealthy or the famous. The United States is the leading country for cosmetic surgeries with Mexico running a close second. A clinical study even proved that depression actually decreased in people who had cosmetic surgery. And now animals are getting into the act. In California you can get a facelift, rhinoplasty and breast reductions for your dog!
Whether you want to fix a bump on your nose, or enlarge your A cup to a C cup, inform yourself thoroughly before you decide to do something surgical. Talk to a board certified surgeon, research everything about the procedure you are interested in, and talk to people who have already gone through it. The local library has many up to date books that can help you navigate the scary waters of cosmetic surgery.