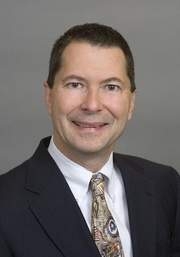 As the national economy becomes increasingly competitive, it is important that Ohio keeps up in the race for jobs and entrepreneurs. As a caucus, the House Republicans spent the first half of the 128th General Assembly working to retain college graduates, create jobs and improve Ohio’s tax environment to encourage business growth.
In addition to seeking new ways to invigorate the economy, a time-tested initiative continues to be a valuable contributor to our state economy. The Ohio Third Frontier program is a bipartisan initiative that was originally established by Governor Taft in 2002 with the goal of expanding Ohio’s research capabilities and retaining high-wage jobs for future generations. The state’s largest technological investment to date, this $1.6 billion, 10-year commitment to the economy aims to expand Ohio’s high-tech industries while promoting specialized development within the state. Specifically, it builds superior research programs and innovation in key areas, including alternative energy and biomedicine.
By making the Buckeye State an attractive site for tech-based companies and business growth, Third Frontier has created $6.6 billion in economic impact and more than 41,000 jobs for Ohio in just seven years. In fact, in 2006, 2007 and 2008, Site Selection magazine awarded Ohio the Governor’s Cup award for the most facility locations and expansions, with 503 new projects in 2008 alone.
Considering the extreme partisanship that has crippled this General Assembly, the renewal of Third Frontier was a bipartisan collaboration that had not been previously seen in the Statehouse. I’m pleased that Governor Strickland renewed this Republican-championed initiative even during this economically challenging time. Although the Legislature needs to remain cautious of spending projects when faced with significant budget deficits, it is also important to strike a balance by encouraging high-tech businesses while also being mindful of how these investments will affect the taxpayers.
As the Ohio Legislature works to maintain our historically prominent manufacturing and agricultural industries, we will continue to create a statewide competitive advantage that will attract research opportunities and jumpstart our economic recovery. Creating and retaining jobs for Ohioans is my top priority in the Statehouse, and I will continue to fight for pro-growth policies that will improve our state competitiveness and put Ohio back on the map.
I encourage you to contact my office with any questions or concerns. You may reach me by phone at (614) 644-6027 or in writing to State Representative Peter Beck, 77 South High Street, 10th floor, Columbus, OH 43215. I am also available via e-mail at district67@ohr.state.oh.us.