“Christmas in October”
By Jan Beedle 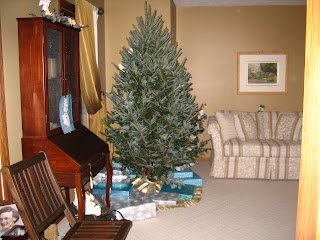 Santa Claus, Indiana, is a nippy name that brings thoughts of snowflakes, snowmen, little elves and lots of toy making. I suppose it is not too early to ponder cards, because it takes so long to get them ready and send them.
Trying to cut down on the card list is not an easy chore. There have been years when I bypassed the duty and expense altogether, but the guilt will not evaporate from my conscience. The following year I made up for it by sending lengthy notes from a lengthier list. Then, there were the form letters…
Having worked in retail in one capacity or another for years, I guess it was natural that I managed the first Christmas shop at the Elder Beerman Budget Store in Middletown sometime in the mid-1970s. It was fun at the time, because I decorated three large trees, put together window displays and used the Beerman budget to accomplish it – no wonder it was so much fun. 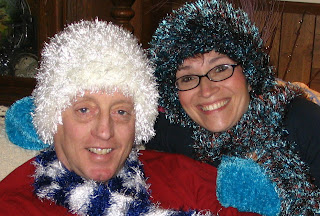 Not starting the decorating until after Thanksgiving was soon enough to get ready for the busy holidays. It gave us time to reap the benefits of the harvest season without rushing through it. Presently, Christmas decorations and cards are everywhere. Halloween and Thanksgiving were barely celebrated, but I would enjoy Christmas music and Hallmark Hall of Fame movies. I was ready for “Over the river and through the woods…” a bit longer, before I hear “Jingle Bells.” Do not get me wrong – I love Christmas, but I want to enjoy all the fall festivities first.
Santa Claus, Indiana, was originally Santa Fe, but since there was already a Santa Fe, Indiana, listed by the United States Postal Service, the townsfolk had to think of a new name. Several unique stories circulate about how the people settled on Santa Claus. The best story tells that the town leaders were sitting around a warm stove in a little log church. All of a sudden – a puff of cold wind blew the doors open. Sleigh bells could be heard in the distance. One of the children in the room exclaimed, “Santa Claus.” Residents agreed to the name. The year was 1852. The name stuck and it is the only town in the world with a Santa Claus postmark.
If you want to send a letter, the zip code is 47579. As far as I know, all letters receive an answer by Santa’s busy elves. I plan to send one this year to see what the reply might be. Sometimes I am naughty and sometimes I am nice, so I could get opera creams or a bundle of switches. I already got the lumps of coal years ago, but used them for Frosty’s eyes.
A giant Santa Claus statue marks the entrance to the unusual town. Eight other large Santa statues dot the community. Across town is Santa Claus Cemetery. I definitely need to check out the tombstones – bet they are interesting.
A housing development, Holiday Village, has New Year’s Eve St., Good Friday Blvd. and Easter Circle. These names take the mystique out of Santa Claus. Streets in the old town carry the names of Christmas Blvd., Candy Cane Lane, and Mistletoe Drive. Christmas Lake Village continues the tradition, but hides behind security gates.
According to roadsideamerica.com and the Spencer County, Indiana archives, Santa Claus Land, built in 1946, was the world’s first theme park. I question the validity of the information because I researched the old LeSourdsville Lake Park, which had been around since 1922. My sister and others remember visiting it as a theme park in 1945. I know that Cedar Point has been a park since the 1940s. Earlier this year, I researched the old Myrtle Beach Pavilion and found it to be much earlier. Disneyland opened nine years after Santa Claus Land.
I don’t know how any festival of lights could compare to the beauty and wonder of Niagara Falls Festival of Lights. Hubby and I took the trip five years ago. It was spectacular, but the extravaganza is no longer available. The festival in Santa Claus offers twelve lighted neighborhoods in Christmas Lake Village. We could relish Breakfast with Santa, musicals, crafts, and a jubilant Christmas parade. At least I have plenty of time to plan. Think I would like to find out if I can catch the holiday spirit… won’t you join me?