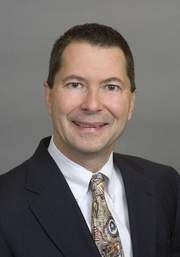 COLUMBUS— State Representative Peter A. Beck (R- Mason) today opposed the Ohio House of Representatives’ passage of House Bill 318, which would suspend the last installment of the income tax reductions set forth in 2005.
Under current law, state income tax rates are to be reduced by a total of 21 percent over a five-year period, according to House Bill 66 of the 126th General Assembly. Governor Strickland and House Democrats have supported a freeze of the tax reforms, which would retroactively increase the tax burden on Ohio’s families by 4.2 percent in 2009.
“This legislation is bad not only for the people of Ohio, but for small businesses as well,” Beck stated.  “We are taking more money from families when they are already tightening their belts in this tough economic time.”
In addition, House Bill 318 would reduce the salaries of state legislators by 5 percent, a proposal initially championed by Representatives Seth Morgan (R-Huber Heights) and Terry Boose (R-Norwalk) in June of this year. The salary reductions would be effective starting in 2011, as permitted by the Ohio Constitution.
House Bill 318 was initiated to fill an $851 million budget deficit caused by the failure of the video lottery terminals (VLT) provision included in July’s biennial budget. House Republicans have expressed concern that the bill imposes a higher tax burden and continues the expansion of government without providing for any cost-efficiency measures.
In an effort to provide sustainable changes to fill the budget deficit, House Republicans proposed amendments to House Bill 318 on the House floor that would streamline government agencies and consolidate spending;  minimize waste, fraud and abuse in the Medicaid system; remove the provision that calls for a tax increase; allow local school boards to decide whether or not to accept unfunded state mandates; create a committee to maximize hospital employment and sustainability; prevent taxpayers from being retroactively penalized by a state income tax increase; and reduce bonuses for House committee vice-chairs and ranking members. These suggestions were rejected by House Democrats.
“We should be looking at cutting spending and consolidating government, not asking the taxpayers to bear the burden of these tax increases,” Beck said.
House Bill 318 passed from the House by a 55-44 vote.  The bill now moves to the Senate for further consideration.