Football at the Library 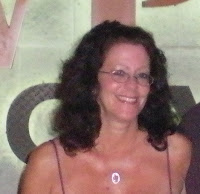 I don’t know when it happened or how it happened but I fell in love with professional football; the Bengal’s in particular. Truthfully, I hate watching basketball, baseball is ho-hum and I don’t know how you can even call boxing a sport, but football gets my blood pumping. During football season Sundays are awaited in high anticipation, and I have even begun wearing a football shirt to watch the game. What happened to me?
There are different aspects of the game which fascinate me. At times it seems like a testosterone filled ballet with running backs leaping and pirouetting over and around humongous obstacles. Then other times I marvel at the sheer brute force watching 300 pound men turn unannounced cartwheels, land on their heads and get up to do it again.
I also wonder at how quickly the game can turn on one snap of the ball, just like the Bengal’s have proven the last few weeks their bad snaps abounding. Everything can be going one way for the first half of the game but then something happens in the locker room at half time and the other team comes out swinging. It’s exciting and riveting and worthy of nail biting at times, especially this year as a Bengal’s fan!
Many great football players have been immortalized down through history along with numerous gut wrenching games. The book, NFL’s Greatest; Pro Football’s Best Players, Teams, and Games, colorfully illustrates some of the finest teams and players. Chosen by members of the Pro Football Hall of Fame Selection Committee this book lists 100 players and 25 teams deserving the term, Greatest.
Having only become a football fan within the last five years, many of the names are new to me, but veteran lovers of the game will be familiar with these players.
Jim Brown, Fullback for the Cleveland Browns. Brown’s record average of 5.2 yards per carry still stands and he is still considered the NFL’s most accomplished runner ever.
Dick Butkus, Linebacker for the Chicago Bears was feared on the field for his brute strength. One Packers running back said, “I pray that I get up every time Butkis hits me!”
Anthony Munoz, Tackle for the Cincinnati Bengals was huge at 6’6 and 278 pounds. He earned 11 Pro Bowl bids and received the NFL Man of the Year award for his off field activities.
A few of the 25 greatest teams are:
1968 New York Jets. During the Super Bowl game Joe Namath became a folk legend by “guaranteeing” a win. He led the Jets to win over the favored Colts, 16-7.
1975 Pittsburgh Steelers. For the Super Bowl game of 1975 Terry Bradshaw posted his best passer rating and Lynn Swann juggled a 53 yard catch still considered one of the greatest ever.
If you are already a football lover or like me are just beginning to understand and love the game, stop by your local library and check out this and other books on football.